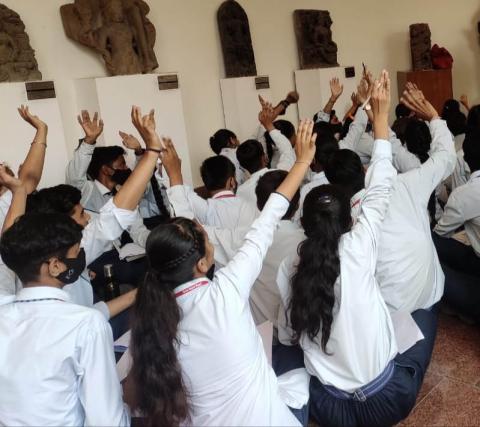 Gender is a social construct. It's a simple sentence but quite difficult to perceive. One of the reasons could be that we talk about construct mostly in the context of Gender and we forget to identify construct in other aspects of life, for instance, our ideas of success, beauty, weak, strong... These all are constructed. These all are constructed in our daily communication. The famous historian and writer Yuval Noah Harari puts it effectively, he writes "Humans are designed to create and believe in the stories even in the stories that don't exist" this is the capacity which makes the human capable to organize life in the form of society, state and nations. Construct is at the centre of human existence.

Yet, the majority of the people believe that the social phenomena around, are given. It is not constructed. This is like a truth hidden in the plane site. Gender is a construct that will remain an alien concept for most of our educators in school as long as we do not see other social realities as constructs. We have to establish the fact that as humans, we drive the meaning of our existence through the construct which develops through our communication. The moment it is acknowledged that the meaning around a social phenomenon is constructed, the agency shifts from the supernatural forces to the human hands. it takes to a situation where one believes... If I participate in the construction of meaning I can also reconstruct and deconstruct.

Coming back to the original question!  Why do we need to de-construct the idea of gender? The simple reason is...It is discriminatory, stereotypical and exploitative! It is not about the emancipation of women it is about the emancipation of both men and women. Friere writes " Freedom from the operation brings emancipation for both oppressor and the oppressed" In fact, research in Gender Studies have shown that we are moving beyond the binary of men and women. It is a time to acknowledge the existence of gender in a fluid state.

In my experience, I was exposed to the idea of gender discourse when I came to the university. Many of my friends have shared the same experience. In the teenage when we are in school, society starts imposing gender-based roles. At this age, resistance comes from within but there is no one to address it, gradually and painfully it is accepted as fate by most of us.

Educators, working in school are neither equipped nor they are required to address this issue. The assessment-driven system of education in the school places all other essential realities below the carpet. Issues, not directly related to better performance of a student in the examination are considered less important. This system is capable of producing students with a good percentage of marks, as skilled workers but it also produces failed human beings. Gender-based violence is a social reality cutting across the social hierarchies.

We need to deeply engage with this issue in our schools. The two-week-long workshop at the American Centre organized by the Directorate of Education, Delhi in association with the Regional English language office(RELO) India, equipped us with appropriate tools to engage with this issue. The tools will enable us to start a conversation around the construct to deconstruct the reality around the ideas of gender. The MIPA (Motivation, Information, Practice and Assessment) approach of pedagogic intervention appears to be quite effective.

Hopefully, with the right intervention, we will be able to create a student-friendly school. We will promote gender-equitable culture. Culture doesn't develop in a day, as Krishna Kumar writes...As an educator, we need to identify the language that promotes a gender-equitable environment.